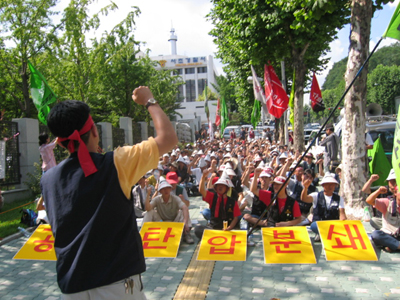 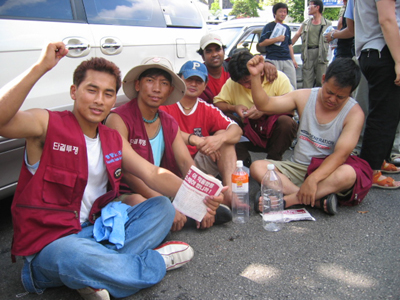 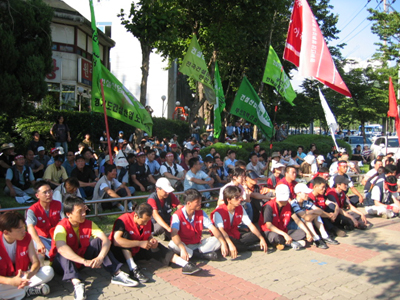 After that in front of Hyundai (HD) h.q… 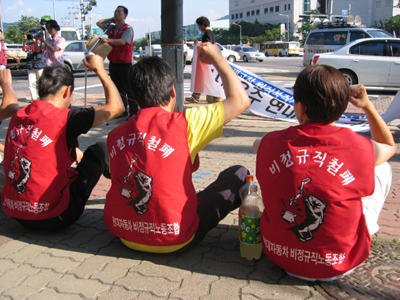 …MSSC supported another rally of irregular and fired workers 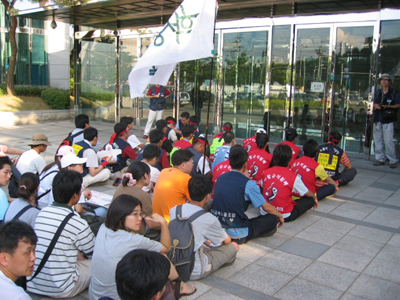 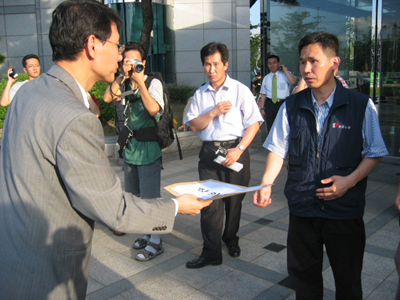 …until they sent a deputy to apologize and we handed over the petition. In the same night the three construction workers, two weeks ago arrested, were released. A video about the release you can see herecolor>. 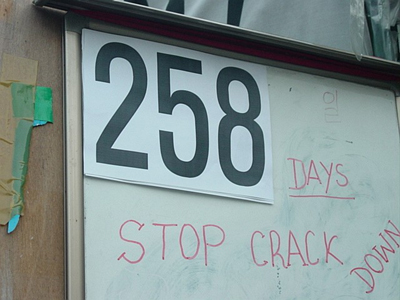 On Thursday, the 258th strike day of MSSC, the “OnePersonRally" was a real one person rally – only he, 250 riot cops and the f… sun 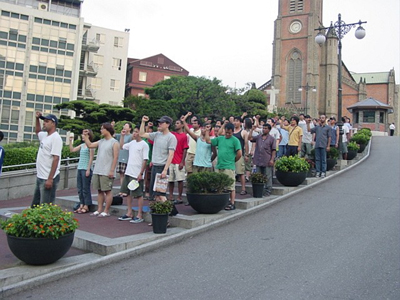 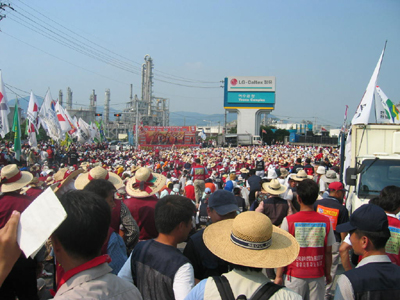 Yesterday, on Friday, striking LG Cartex workers and many supporters hold a massive rally in Yeosu, in the southern part of ROK (Rep. of Korea). Later more details, pictures and possibly a documentary video about the event.


FREEDOM FOR ALL POLITICAL PRISONERS IN S. KOREA!

WE’VE NOTHING TO LOSE EXCEPT OUR CHAINS!