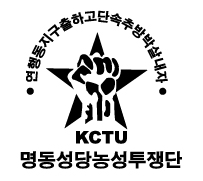 First of all the news about our latest developments: Before yesterday, Tuesday morning, we wanted to join the rally and demonstration (to the National Assembly on Yeouido) of Korea Exchange Bank Card manufacturers. Since long time they are struggling against outsourcing of their workplaces. In the beginning, on Myeong-dong's KEB branch, everything was fine, but later – because only few people joined, we wanted to take the subway to Yeouido – riot police blocked the way and then they started to hunt us. As a result we got in some small clashes with them. During this our Korean comrades advised us to leave the place, because for us it would be too dangerous. So we went back to our struggle size.
Not really successful!

The evening before, on Monday June 21, we joined the rally near Gwanghwamun against the troop dispatch plan to support the ongoing occupation of Iraq. The rally was organized because of the current situation in Iraq, the situation of Kim Seon-il, taken as hostage early that day. Around 1,000 people joined the event – and the rally was really powerful and there were some nice scenes. If this would be just the beginning – it would be a hope for a powerful movement…
But what we had to see yesterday, Tuesday evening on Gwanghwamun… Totally inadequately reaction!
Short after we got the news that Iraqis had a Korean Hostage and they want to kill him if Korean government will send the troops, Roh (of course) said that he will not give up his plans, even (at least) one Korean there is in mortal danger. And the government knew from the beginning that sooner or later something like that will be happen, but they made the plan to send additional combat troops…
In April 2003 we couldn’t stop the troop dispatch (read thiscolor>), but we had the possibility to learn from our mistakes…
But before yesterday again we failed: even there were some nice moments, but 200 people protesting against troop dispatching, no one cares about it.
Now Kim Seon-il is beheaded and we’re (partly) guilty too! The majority here is complete against the US led aggression in Iraq, as well as to send Korean troops to Iraq, but we were not able to mobilize this forces. The death of Kim Seon-il is the direct result of government’s policy… and our failure!
And now after the tragic death what the government is doing? Just continuing with their plans, without any changes! WE HAVE TO STOP THEM IMMEDIATELY!color> 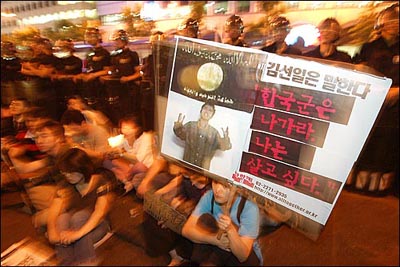 In contrast to Tuesday night, yesterday everything changed: More than 2,000 people gathered near Gwanghwamun. Their protest was mainly directed to the policy of the government, especially against Roh’s sticking to the troop dispatch plan, which “will kill more Koreans in Iraq”, one student from Seoul National University said. “They don’t care neither about the life of Iraqi civilians, nor Koreans, employed in Iraq”, a student from Korea University complained.
Remarkable, but this is also the weakness of the movement (if it is/will be a movement), that mainly young activists were joining yesterday’s rally. Where were the proletarians? It is not enough if just Dan Byeong-ho is participating for a while the protest!
To force the government we need a large movement, uniting all parts of the society: unionized workers, students, activists, public figures and “ordinary” citizens – just like the movement against USFK in fall and winter 2002. Only with such a broad movement we can push the “rulers”! Let’s look forward and build a strong opposition outside of the parliament! 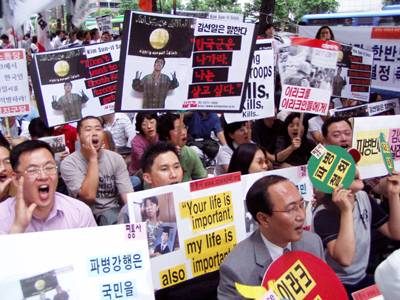 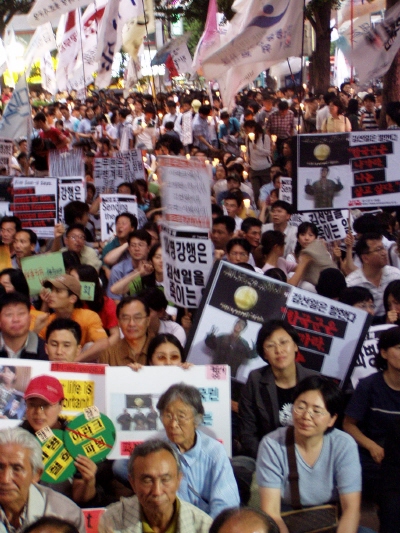 
ANOTHER WORLD IS POSSIBLE, ONLY
IF YOU WANT AND FIGHT FOR IT!


WE’VE NOTHING TO LOSE EXCEPT OUR CHAINS! 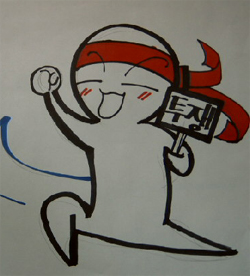