Before yesterday, Saturday, the Peace Confusion/Madness took place in the afternoon in Hyehwa-dong’s Maronier Park. If fact it was a wonderful culture festival, organized by the groups who are gathering every week on the Thursdays evenings (in front of Kyobo B/D, near Gwanghwamun) to protest against the war in Iraq and the collaboration of the S. Korean government (about this events it was already reported, like herecolor>). For about four hours many culture activists fascinated the audience, all together several hundred citizens.
On the festival also a team of Migrant Workers TV (MWTVcolor>) reporters made interviews and covered the event. 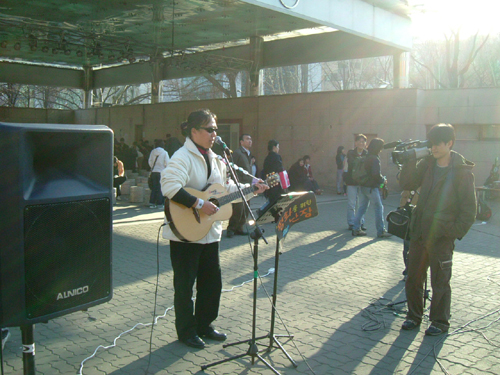 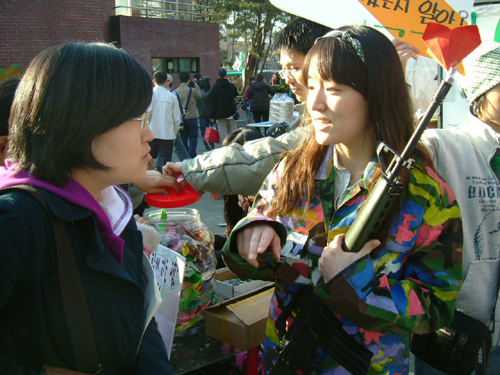 Herecolor> you can see more pictures about the great festival.

After Peace Confusion some activists moved to the Solidarity Night of activists who are defending their homes. After another year of fierce fights for the basic human right to have a home and a secure basis of existence it was time to rising fund for the current and next struggles. Hundreds of activists and their supporters gathered in the Korea University and had just a great night of solidarity. The event was also covered for MWTV. 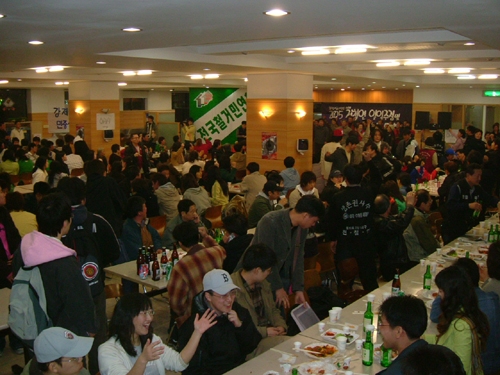 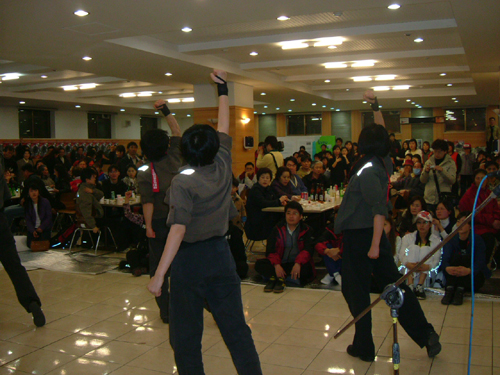 Herecolor> you can see more pictures about the amazing event.

Yesterday, like in many other countries all over the world, in the afternoon on the same place like the Peace Confusion was held the day before, the central anti-war rally, to mark the 2nd anniversary of the begin of the aggression against Iraq, took place. After a opening rally, between 3000 and 4000 people joined, a demonstration to the Sejong-no intersection, downtown Seoul started.
Of course in the ETU-MB organized migrant workers joined the rally and demonstration. Here also a team of MWTV made interviews and covered the event. 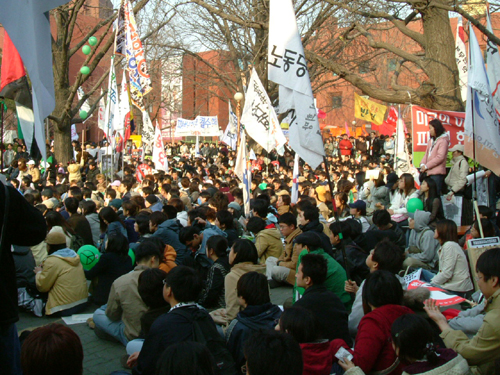 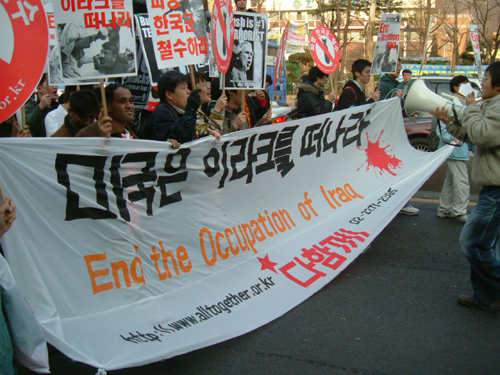 Herecolor> you can see more pictures about it.

After the and of the demonstration, in the early evening about 400 people went to the nearby Japanese embassy to held a rally to affirm the claim of Dok-do (islet) ­ in fact just a giant rock in the East See (a.k.a. See of Japan). So the weekend of international solidarity turned unfortunately in an event of ugly nationalism. That’s just pity!


LET’S FIGHT TOGETHER FOR A WORLD
WITHOUT EXPLOITATION AND OPPRESSION!